The future is not social…

In this guest article, Jenni Wheller argues against assuming that social is the only way. 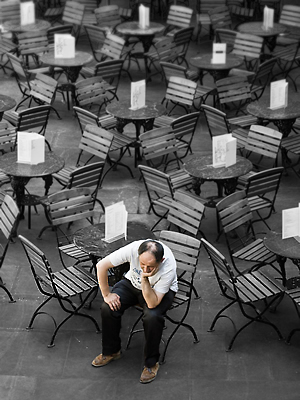 It seems every year there’s some internal comms conference called ‘The Future of Internal Communication’ and for the last four years, social media has been on the agenda.

If I think about what internal communication is and what I try to achieve, it is simply about conversation and engagement. It is about giving everyone a chance to have a discussion about the business, an initiative or a topic and it’s about making sure people know why the business does what it does.

So if the future is social, which basically means online conversations, why is this getting so much air time and why is it being seen as such a separate tool? People still talk about having an intranet and social media but really they should just be one. But first, I think we need to stop and think about how ‘social’ we want things to be. We need think about what our audience needs and also what they want.

To me there are different levels of social and we seem to be getting obsessed with the big social machines that apparently ‘all businesses should have’. We are desperate to find something that provides a platform for people to share and talk, that breaks down silos and barriers through geographically dispersed workforces and will allow us to see those great ideas that often swim about in small pools of the business. But does social do that? To some degree yes, but it is people that really do it, and that is where culture needs to come in.

It’s easy to read all the literature that says the next generation won’t work somewhere without social tools; *presses panic button and implements a social tool*. In November I attended the IoIC 30 under 30 event – a room full of that generation and not one person was tweeting while we were there. If this generation is so obsessed with social everyone there would be connected and chatting online in parallel to the real conversations and they weren’t.

You don’t have to spend hundreds of thousands on an Enterprise Social Network (ESN) when maybe a simple blog will do. What do people need and what do people want?
There is an evolutionary step that we seem to be missing. How can we go from a push intranet to an ESN? And please can we start having them as one and not plugging social into the side of a business in the hope it sticks?!

Our toolkits used to be magazines and noticeboards, and then intranets and we added them in to the mix nicely. Now we have social tools that should be treated the same. Integrate them to your existing toolkit otherwise people will just ignore them. And don’t use them as a replacement for face to face contact – humans need social interaction in person, not just through a computer.

After graduating university with a Marketing degree, Jenni embarked on the journey of a career in Communications. She started in local government as a communications assistant then moved to BAE Systems as a Media Relations Advisor, managing media relations for regional press across 13 UK sites, travelling worldwide supporting events and exhibitions to ensure products/capabilities were featured in show publications as well as national press – both UK and/or international. She then joined Thomson Local to set up their internal communications function before joining internal comms agency theblueballroom as their Business Development Manager.

She returned in-house as Internal Communications Manager with SSP in March 2010. Since building the function from scratch Jenni has introduced a new social intranet, internal magazine and is about to launch a third channel to support crisis communications. Building a strong foundation aligned to the strategic direction of the business with tools that meet the needs of a fast paced, predominantly offline business Jenni has ensured the function is seen as a real support to the other areas. Having recently recruited an Internal Communications Executive she is hoping to drive the function further in 2012.

Jenni blogs at Confessions of an internal communicator, and tweets as jenniwheller. In her spare time Jenni enjoys socialising with friends, travelling and taking on new challenges – currently learning Bikram Yoga!

The ying and the yang of intranets

One thought on “The future is not social…”