Being of a certain generation, I grew up writing letters. The arrival of email in my life was very exciting; I had an email address before I even had a computer; so in reality not a great deal of use! 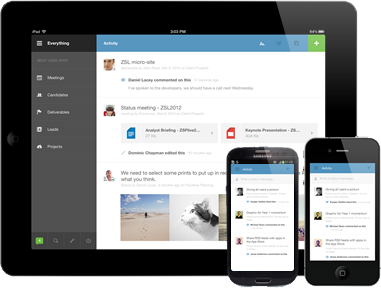 For the last few years I’ve had my Gmail for personal stuff, and a separate work email for my voluntary work at LifeSIGNS. My Gmail is a happy place, for friends and online shopping, and my work email is a place for getting stuff done. Or rather it was, until the arrival of our intranet.

When Wedge first told me we were adopting an intranet I was a little afraid. I’m a creature of habit, and this change seemed daunting. I should have had more faith, because I quickly came to realise that an intranet removes so many of the problems associated with email; some of which I didn’t even realise were problems.

I’m looking at my LifeSIGNS email account now, and in my archive I have literally thousands of emails. I keep them because one never knows if and when one might absolutely need to discover the exact shade of orange we decided on for our charity wristbands back in 2008.

The inbox itself merely contains hundreds of emails. All read. All dealt with. But they’re all ‘recent’ inasmuch as they’re from this year, as one can’t possibly archive anything that’s less than a year old! Or so I have told myself.

It does get a little confusing because as some email conversations go on and on, there are several emails all with the same title. So if I do need something from a conversation, it’s quite time consuming trying to find the relevant email. I know this for a fact, because I distinctly remember it happening in June 2010, which is clear evidence that I’m obviously doing the right thing in keeping them all, and in clear view ;)

I’m sure our intranet came about partly because intranets and communication are part of Wedge’s profession, and also because after several years working and communicating with me he was exhausted by the mere word ’email’.

Wedge promised me that embracing our new intranet would revolutionise the way we communicate and get stuff done as an organisation. I was a little sceptical, but trusted Wedge’s assurances. It helped that he let us name our intranet. I like to name things. My car has a name. Our intranet is called Phoenix, and this made it (I’m resisting the temptation to let you know its gender) feel warm and homely and ‘ours’.

The first time I logged in was a little overwhelming. There seemed to be so many areas to explore and so much to learn. But it was a toy, shiny and new and geeky, and the first few days I spent literally hours and hours exploring my way through and experimenting with the different apps. Before long, I’d been won over, and was ready to ditch email.

Phoenix has changed my email habits a great deal:

Communicating on Phoenix is very different to emails. Conversations occur in relevant places, with relevant people, and far from being the chaos that I initially expected, it’s actually very organised because of the context, which pleases my mind.

Private conversations still happen, much like email, but they disappear from the inbox as soon as they’re read. This terrified me at first. Suppose I need to… but I let it go! There is an option to ‘star’ them so they’re easy to find again, and you can choose to look in the ‘viewed’ archive, which is comforting, but mostly I let them just drift away. The ‘Hooray! Your inbox is currently empty’ sign is always lovely to see.

Status updates are a brilliant way to send out a message either to a single person, a group of people or the whole team, without invading people’s ‘personal’ space. People choose whether to receive notifications, or whether to simply catch up with the ‘activiy stream’ when they’re online.

I know our intranet isn’t as comprehensive as some systems out there; I know it’s really an online collaboration space, but for our small organisation it has become our digital worksplace, our vitual office. It brings our team together into one place, even if we’re all time shifted across the world.

The nature of Phoenix and the way we, as a team, communicate, means that everything is current and updated. And as a Director of the organisation, I can see and keep up-to-date with everything that our volunteers are involved with, without necessarily being involved myself.

A surprising side effect of having Phoenix for my voluntary work is that it’s also changed my personal email habits. Emails in general have become less about frantic instant messaging and more about a gentle, pleasing way to communicate with friends. I no longer feel the need to reply to everything within 30 minutes. If I’m out and about and have lost 3G, I don’t start worrying about the emails I might be missing. I appreciate emails more. I take more time over reading them. I enjoy reflecting on them; and eventually, in time, I enjoy replying to them.

Adopting an intranet has been of enormous benefit to LifeSIGNS; but it’s also been a huge benefit to me personally. I wouldn’t be without Phoenix now. 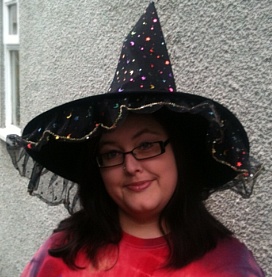 By job definition I’m a healthcare worker, but I also like to call myself a writer. I love words; I love reading them and I love writing them. Writing is a beautiful craft that one never stops learning, so I read a great deal too. I enjoy writing for LifeSIGNS and for myself, and I feel honoured and privileged to be writing for Kilobox amid such professional people.

By job definition I'm a healthcare worker, but I also like to call myself a writer. I love words; I love reading them and I love writing them. Writing is a beautiful craft that one never stops learning, so I read a great deal too. I enjoy writing for LifeSIGNS and for myself, and I feel honoured and privileged to be writing for Kilobox amid such professional people.

What’s in a domain?