Are your comms timely? 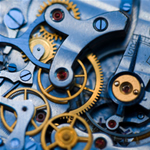 This is kind of the third in a series that asks, ‘what makes good comms?’

Previously I talked about ensuring communications are relevant to the audience / receiver; now I’m going to consider what it means to ensure our comms are timely.

Getting news to people in a timely fashion is an art. Too soon and people wonder why you’re bothering them with it (too early and it’s irrelevant) but if you inform people too late, after the fact, they’ll rightly complain that they haven’t had fair warning.

How the heck are we to please people when everyone marches to a different drum, or at least have different schedules to maintain?

People often ask me to promote their event, (such as a corporate ‘town hall’ or a sponsored walk) and they just want to give people plenty of notice. So they ask me to publish their article three or four weeks in advance.

Doesn’t sound too bad, but you see, that’s all they ask for. In their mind, if they’ve given fair notice and ‘told everyone’ by broadcasting their event details on the intranet or web, well then, everyone knows and everyone’s popped the date in their diary haven’t they?

A month’s notice? When I see details for something so far ahead I think ‘oh that’s good, I must remember to go to that‘ and then I get back to my frapachino and iPhone.

What I really need, after I’ve noted something as interesting and worthwhile, is a reminder to act.

When an event needs promoting, or (critically) when we need our audience to do something different, we shouldn’t just write a note, publish it and consider our job done. We should craft a Communications Plan to lay out a number of complementary communications with consistent messages and different details. We should consider using different mediums / channels to get the message out.

As I’ve said before:

If you want people to know something, tell them five times and use two or three different channels.

That’s a heavy Comms Plan and should double the number of walkers and sponsors that a single ‘oh we’re having a walk by the way’ article would have attracted.

Not too early, but never late

Yes, your boss wants to hold on to the news about redundancies until the last moment; she’s worried about how the papers and the stock exchange will react and she needs final final legal sign off on the Comms. So, while you’re hoping to keep everyone up to date and informed, there are lots of reason why some communications seem to go out only when the candle burns low.

But don’t ever be late.

Don’t let the BBC tell your people that you’re downsizing and making people redundant.
Don’t allow PAs and the office gossips to know more than your loyal field staff.

So, that’s timeliness – not so close to the bone that people get angry that they’ve had no time to prepare, but not so early that people find your news to be irrelevantly far in the future. Timeliness means different things to different people, so you need to empathise with your constituents and reflect on their needs.

I’m writing about what I reckon is needed for ‘good comms’ and I’m interested in your take on my short list of critical components, what do you think?

Replying is not enough

A good summary is your best communication

One thought on “Are your comms timely?”