The future of Internal Communications 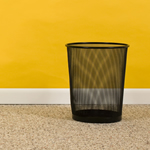 I can’t help feeling that Internal Communications (intra-company communications; employee comms) is stagnating. I have not seen a new idea in years.

Intranets seem to be the biggest thing to happen to companies / Internal Communication in the last ten years, but that’s old news. The WWW has moved forward and intranets should too, that’s obvious.

The rise of Social Media (‘Web 2.0’) has given us an indication that people expect to be part of the conversation, and want to engage in two-way conversations. It’s no longer acceptable to treat people as the voiceless recipients, the passive receivers of our broadcasts.

So, am I supposed to be impressed with intranets that allow (moderated) comments and direct input from the audience? Is internal blogging the revolution I seek?

Yes and no. Yes, making use of blogging platforms will enable people to better connect with the corporate body, and with the CEOs and Directors who should no longer be hidden behind the curtain. Yes, bottom-up communication and direct feedback is to be enjoyed and respected, and yes, perhaps even User Generated Content can be part of our intranet communications.

But no, this isn’t revolutionary, it’s just evolutionary. Even before the World Wide Web was born in ’92 / ’93 it was conceived to be a two-way street. Blogging and Wikis may have come late to the party, but they were always envisaged. And anyway, many people were online long before the WWW was invented, and two-way conversations were the norm among the Internet Relay Chat (IRC) rooms and Bulletin Boards. Oh yes, the interactive web may have been a ’90s invention, but the Internet has been around for a lot longer (but you knew that, right?).

So what am I looking for?

I’m not sure; this is just an exploratory article to raise the question. I know what I’m not looking for, and maybe that will help define what I am hoping for.

I’m not looking for:

Does that narrow it down? What am I looking for within Internal Communications 3.0? I’m not sure, but I think it might have something to do with attitude.

We fear upsetting some imaginary individual so much that we hold off, we wait, we double-check, we re-review and we re-write – until we’ve squeezed all the interest, life and actual ‘news’ out of our communications. We end up telling people stuff they’ve already heard from the water cooler.

Blogging has built its momentum up from the acronym BEBO (and yes, this used to refer to the youthful social network in the UK of the same name) – Blog Early Blog Often.

But instead, managers will remind us that it’s ‘not the right time‘ to go public. Internal Communications professionals, like myself, will nod sagely and agree that we need to be ‘timely’ with the news of plant closures. Yet every day we wait is another day that the BBC of Financial Times might gazump us. Never ever let your staff discover bad news from the media!

OK, let me slow down; I do agree that timeliness is important, and that it’s often dangerous to spread news like wildfire before the facts and ramifications are known. But my point is, I see managers and communicators holding-back on a daily basis, rather than seeking the right time to communicate. Holding back because we know there will be a back-lash, or some heavy feedback.

I say celebrate the feedback! Instead of creating (or rather, as well as) a list of ‘Frequently Asked Questions’ before any such questions have been asked, create a real FAQ after the fact, and show people that you are dealing with feedback. Too often managers tell me that they are indeed dealing with feedback, and responding to individual emails – yet they don’t tell the audience this, they just hide behind their email programs and face only those people who dare send an email. If only we would publish the dialogue so that everyone could gain insight, and everyone could see the company cared enough to really tackle the issues.

It’s something to do with being courageous in our communications. Knowing we can’t please everyone, we should ‘publish and be damned’ – we certainly get paid enough to manage that damnation, and our people and our companies deserve more than just stoic announcements (and pronouncements) from on-high HR and late non-news.

Forgive my spelling mistakes; I’ve tided this piece up now. I was writing on the train and then I had meetings all day – no excuse I know, but I really wanted to get this article published and so I got it online before it was ready.

8 thoughts on “The future of Internal Communications”